What are the ABC Swimming Diplomas? 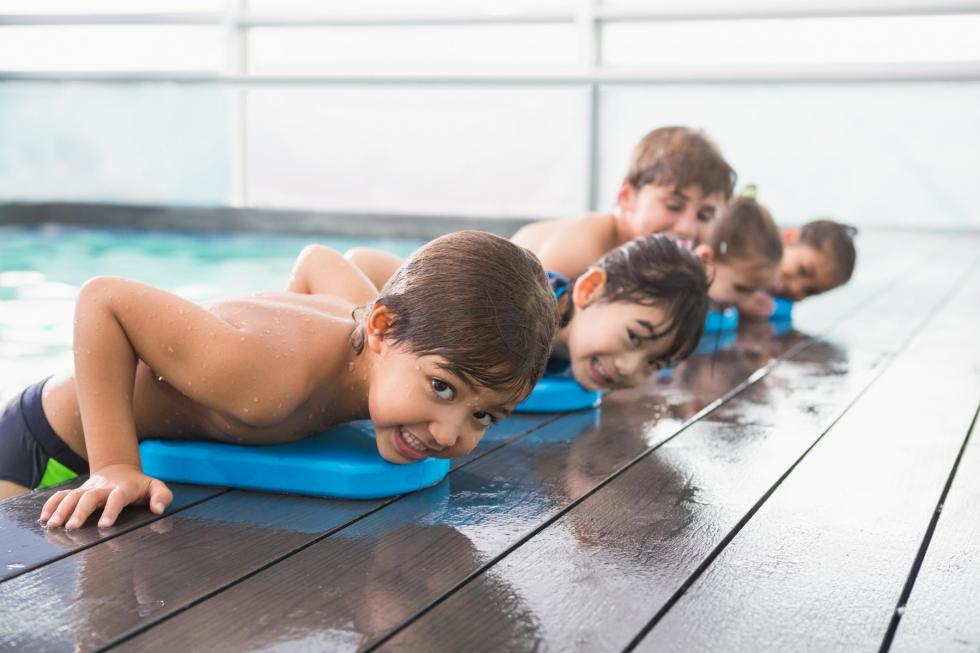 In this country of canals and open water, learning to swim is a necessity. A national swimming programme called Zwem-ABC ensures that children develop sound swimming and water survival skills and covers everything from freestyle to what to do if you fall through the ice. It consists of three levels, each building on the skills of the one before, to allow children to become increasingly competent and safe in the water. There is an exam at the end of each level, leading to a diploma. These are known as Diplomas A, B, and C.

The first series of swimming lessons

The earliest phase of the Zwem-ABC programme focuses on making children at ease in the water. This is an important foundation-laying stage of learning to swim. Children learn to float on their front and back, get into the water and climb out again, turn from their front to their back and on to their front again, go underwater and open their eyes. The point of these exercises is to make children feel at home in the water.

Young children learn best through play so most exercises are presented in the form of games. Don’t make the mistake of thinking that your child is only playing in the water! Each game has a learning objective. It is only after this initial phase of children learning to feel at ease in the water that they move on to the next phase and start to learn swimming strokes.

Right from the start of the Zwem­-ABC programme, children are taught four swimming strokes: elementary backstroke, breaststroke, freestyle, and back crawl. The second two are taught in simplified versions and become increasingly difficult with each diploma. In addition to swimming, children also learn to carry out a variety of exercises in deep water, such as different ways of getting into the water, underwater swimming, climbing on to a raft, and getting to the side and touching the bottom of the pool.

From the outset, the Zwem-ABC swimming programme focuses on water safety. Children practise falling and jumping into the water and climbing out again. Swimming in clothes is an important component of swimming lessons and diplomas. Children are sometimes given exemptions to wear goggles during lessons but these are never allowed for diploma swimming. Children are expected to learn what to do if they find themselves in the water unintentionally. They also have to learn to swim in increasingly heavy clothes and shoes with proper soles, although you will do them a favour if you buy them cheap and light waterschoenen (swim shoes) from somewhere such as Hema, Decathlon or H&M. Much easier to keep afloat than when swimming in waterlogged trainers!

Requirements for the Zwem-ABC swimming diplomas

The skills required for each swimming diploma are acquired in a logical and progressive way, building on what has already been mastered. The Nationaal Platform Zwembaden publishes a list in English of requirements for each diploma. Another helpful source of information is Alles Over Zwemles – although this website is exclusively in Dutch, it contains many informative videos.

Once your child has acquired the necessary skills their teacher may suggest they try proefzwemmen, which is a sort of practice exam. They will practise the skills they need for the diploma, including swimming in clothes. This will be followed shortly afterwards by afzwemmen, the “real” diploma swimming. It is theoretically possible to fail, although this is highly unlikely. Teachers don’t put their pupils forward for diploma swimming until they are ready. Afzwemmen is meant to be a fun occasion, celebrating children’s achievements, and families are invited to come and watch.

About half of the municipalities in the Netherlands provide children with swimming lessons at school, starting from around the age of seven. However, most children start swimming lessons earlier, at about five, and children are often happiest and safest learning at roughly the same time as their peers. As waiting lists for lessons are long, it is wise to register them at four. The time it takes to master the skills for each diploma varies from child to child, but most will be ready to take the A Diploma after an average of 48 hours of swimming lessons. Diplomas B and C require rather less time, averaging 12 hours of swimming each.

Ready for your child to embark on the Zwem-ABC programme? We have compiled a list of Amsterdam Mamas’ Favourite Swimming Lessons for Kids.

Rachel Perry is the British mama of three grown-up and almost grown-up half French children and has lived in the Netherlands since 2006, after spending her earlier life in the United Kingdom, Luxembourg, France, the USA, and Spain. Formerly Editor in Chief at Amsterdam Mamas, she has a PhD in Architectural History and is a translator specialising in English, French, Dutch and Spanish and writer.