The Mamas Recommend: Music Classes for Toddlers and Babies 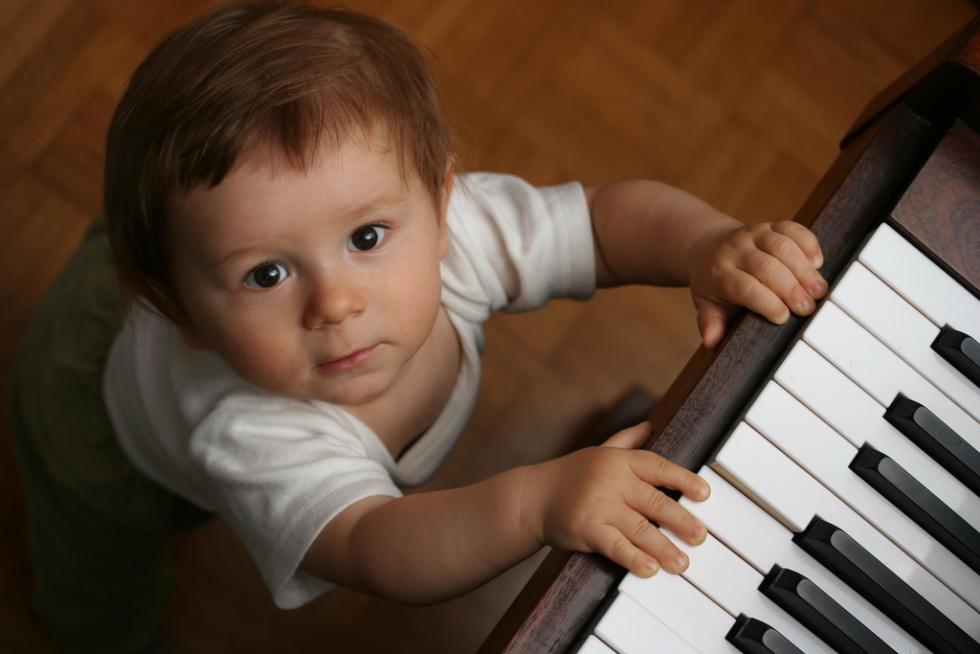 Music classes are a fun way to engage young children and boost their language and pattern-recognition skills. Families in Amsterdam are lucky to have several great music schools offering classes for infants and toddlers in and around the city. Here are our Facebook group’s recommendations.

Luistergoed offers music classes to babies aged 5 to 18 months, and toddlers 1.5 to 4 years old. Course coordinator Matilde Castro has a formal education in violin, classical singing and music education, and has been in the press for running a successful series of classical “Baby Concerts” throughout the Netherlands.

Matilde’s Luistergoed program is based on her research into music development in early childhood, and the concept that children should be exposed to a wide range of sounds, instruments, tonalities and meters from an early age for their innate musical abilities to develop. Classes are conducted in Dutch but Matilde says language is not a barrier – many activities don’t involve words at all, and while parents and caregivers are encouraged to participate, they are asked not to speak during class.

Classes are run on Wednesday and Friday mornings.

De Toverknol is a vibrant children’s theatre that offers a range of music, dance and acting classes and performances for children aged 2 to 10. De Toverknol’s toddler music classes target the 2 to 4 year age range and have a theatrical bent: each session is introduced and closed by a big donkey hand puppet, and children may wear any of the theatre’s many dress-up outfits while they sing and play with different musical instruments.

Classes are conducted in Dutch, but the teachers speak English and are able to translate for any children or carers with language difficulties.

Classes are run on Mondays, Tuesdays, Thursdays and Fridays at 11am.

Muziekpakhuis is a music school run by professional, performing musicians. Its youngest students are 1.5 to 4 years old. Classes are designed as a fun introduction to music and conducted by children’s performers Maria Romijn and Babette Jane de Haan.

Toddlers and their caregivers are encouraged to sing along to familiar Dutch songs, explore different musical instruments, move along to the music, and play improvisation games.

Muziekschool Amstelveen was established in 1952 and now serves about 2,500 students of music, dance and theatre. Its baby and toddler music classes target children from 6 months to 3 years old and are conducted by singer and music educator Willemijn Bonder.

Caregivers are asked to attend the 45-minute sessions, which involve playing on simple musical instruments and singing in a group, with an emphasis on creating a warm, bonding experience for the little ones.

The baby and toddler classes feed into Muziekschool Amstelveen’s music and motion classes for 3 to 5 year olds which, in turn, prepare students for formal instrumental lessons from 6 years of age.

Amsterdam’s largest music school offers Dutch-language music classes for toddlers aged between 1.5 to 2.5 years old, and from 2.5 to 3. Classes are conducted in Muziekschool Amsterdam’s Centrum-Oost, Ijburg, Osdorp and Zuid locations, and caregivers are asked to attend.

Live music venue by night, music school by day, Splendor Amsterdam offers three music classes for the under-four crowd. Its English language toddler classes are run by flautist and music educator Maaike van Linde for groups of up to 15 children aged 1.5 to 3 years old, plus their caregivers.

Iris Oltheten runs two Dutch-language music classes for children between 2 and 4 years old: one for toddlers and their caregivers, and one for toddlers who are able to sit through sessions unaccompanied. Children are exposed to musical instruments from various cultures, encouraged to play with instruments crafted for their age range, and invited to sit in on the various rehearsals going on in the building.

Child psychologist Manuela Korver’s VME Centrum music school runs on the principle that music is a natural, critical part of early childhood education. Classes are conducted for babies aged 1 to 2 and toddlers 2 to 4 years old, and during which they are encouraged to play and experiment with movement, sound and instruments. They practice taking turns, listening and participating, and explore concepts like loud, soft, fast and slow.

Manuela’s classes emphasise learning and development. Caregivers are asked to attend and receive digital copies of songs sung in the class to listen to at home.

This article has been compiled from the recommendations of our members on the Amsterdam Mamas Facebook group.

Liz Tay is a journalist, author and mother who was born in Singapore, identifies as an Australian and lives in the Netherlands. Her picture book series, Tales for Tiny Travellers, aims to introduce young children to new countries via simple, evocative stories about their national heroes. The latest book in the series is about the Netherlands’ William the Silent (Willem van Oranje) and is available on Amazon.com