Birth Stories: Not to Plan but Perfect 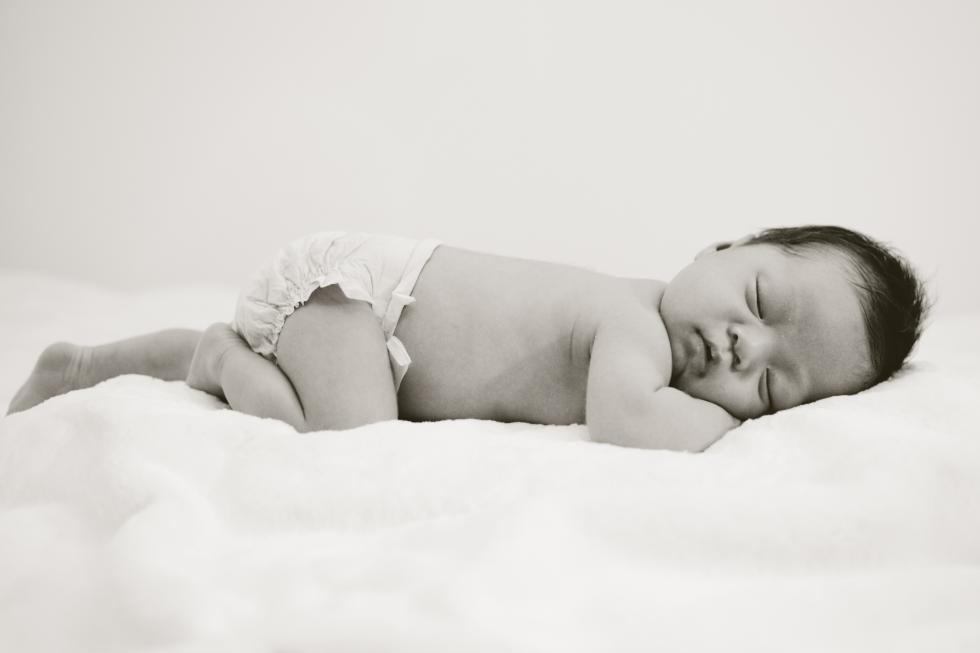 French Mama Jennifer Poussin had planned for a hospital birth but her baby decided to do it the Dutch way and surprised her with a speedy home delivery. Here she shares her story and explains how her unplanned delivery worked out for the best.

A few days after the birth of my son, one of our midwives came back for the usual check-up and asked what our family in France had said about our experience. “Are they still talking about it?” she asked. “Yes! In France, it could have been in the newspapers!” I replied. So they were still talking about it, as were the midwives apparently. Then she said something I still remember: that I had a story to tell and that, for once, it was a positive story. I liked the idea of that.

I was 38.5 weeks pregnant when, at 5:30pm, one Thursday evening in January, my waters broke. I was at home, and I knew that my son’s head was already engaged, so I wasn’t too worried. I felt a pang down below, and soon after felt liquid coming down. Thinking that it was probably my waters, I went to the toilet with a plastic jug and let the waters run into it  – you don’t have much choice, it keeps coming! I checked the colour like I was told and called the midwife. It was water with white bits in and a tiny bit of blood, plus something a bit pinky brownish and transparent, probably the mucous plug. Fine.

Then I waited for my husband to get home. I didn’t call him because I knew he must be on his way and I didn’t want him to rush. When he got home, I was sitting on the couch with my big belly. I very quietly said: “Oh, my waters have broken”.

As we waited for the midwife to come, my husband cooked some pasta. The midwife came, agreed it looked like the waters but didn’t check my dilatation to avoid infection, since there was no protection for the baby anymore and the contractions had not started. It can take a while and sometimes they have to induce.

By 8pm, the contractions had started. I changed into my nightgown and prepared to go to bed to rest, as we had been advised, before the Big Day and the Big Work. We were told it would take time and I should rest while I could to save my strength. The bag for the bevalcentrum in Sint Lucas was ready. We had our birth plan. It was on! Oh my God, our baby was coming!

The contractions rapidly became closer and stronger. I couldn’t stay in bed, I had to move!

At 10pm, the midwife came back after we’d called because the contractions were almost every minute and lasted for 45 seconds to a minute. They were very painful and she showed me how to breathe to help: in by the nose, out the mouth, and relax the back and below. She also made me take a shower, which didn’t help at all. Then we took the TENS (it stimulates our natural painkillers in the back) that we had gotten through our insurance, put it in place and I started crouching on the side of the bed or on the skippy ball and using the TENS to deal with the contractions.

At 10:45pm, the midwife checked my dilatation: 1 cm… “It will take time madam, go to bed. Rest.” But I couldn’t imagine dealing with that for ten hours! The midwife left to come back at 1:30am, and we carried on.

The contractions were every minute or closer and very painful. I didn’t have time to breathe in between, like I was told I would. They were close, painful, too painful for the pain to completely recede inbetween. So I was yelling that I wanted to go to the hospital, that I wanted an epidural, a C-section – anything! Poor neighbours.

Around 11.30pm I had started losing blood, which was normal apparently. My husband sent a message to the midwife with a picture of the blood loss. The picture went into the spam file. The midwife called back and heard me in the background: I was starting to push. “I’m coming,” she told my husband.

At 12.30am she climbed the four floors to our apartment, saw me panting in the bedroom, my behind in the air, and asked if I was pushing. “Yes!” was all the answer she got. So she put me on the bed (good thing that we had protected the mattress in case my waters broke in the night, like my mum’s did) and checked the dilatation: 10 cm! In 1 hour 45 minutes! No wonder it was painful. In a bit of a daze, I said, “We don’t have the time, the baby is coming!” and I was so relieved when she said yes. It was almost done.

Down she went to her car to get her things (she never imagined she’d have to do it so soon), telling me not to push! How are you supposed to do that? Cross your legs?! Then she called our kraamzorg company, told them to “send someone NOW!” my husband overheard. We knew the midwife was used to delivering at home, but a kraamzorg had to be there to assist.

It hurt but I was calm. The baby was moving – he was coming. The midwife asked for the kraampakket and we got down to business, on the bed to slow down the process. “Push – don’t push – breathe this way – that way!” I crushed my husband’s hand.

“He’s coming! His head is showing!”

The midwife kept checking the baby’s heartbeat between the contractions, which worried me a little, but I didn’t have much time to think about it. It was all right: my husband had plenty of time to worry for both of us, he said later. What would we have done if there had been a problem? When it’s that fast, it usually goes well, the midwife had replied when we’d asked, during the pregnancy. It slows down if there is something wrong.

In one long last push, his head and shoulders were out. He cried straight away – it is such an amazing sound! He was out at 1am. The midwife put him on my chest straight away and, soon after, to my breast. His head had a strange shape, due to the speed of the delivery (in 2 days it was round). His cord pulsed, he cried and he peed! And we laughed!

The kraamzorg arrived five minutes later to take pictures, help my husband with the after-delivery and to prepare the room: his cradle wasn’t even ready yet, for superstitious reasons. A few stitches (with painkillers this time) and a shower for me, papers for the midwife (I kept repeating how happy I was that she’d gotten there on time! She said she was too), and three hours later we were all in our beds, the cradle next to our bed, my husband and I listening to our son’s breathing. It was good… No rush in the cold winter, no taxi at 5am.

Checking with my family, I later learned that my maternal grandmother had given birth four times as fast as I had, though for my mum it had taken 12 hours both times.

The kraamzorg told us that it had been the most peaceful birth she’d ever witnessed in five years of work – although she hadn’t been there the whole time!

Now my son is 17 months old and a couple of weeks ago I met one of my midwives at a playground. I said: “Hi, maybe you remember me: the French lady who gave birth in less than two hours?” “Yes,” she said. “We all remember you very well.”

Later on during the week, we undid the Sint Lucas bag, with the baby clothes, the chocolate and the magazines I had planned to eat and read there with my husband during the delivery, which was supposed to take 8 to 10 hours. I had gone, 36 weeks pregnant, especially to Schiphol to buy French magazines and Cadburys. It took me some time after that, and a few cries in that first week, to realize and accept that I wasn’t pregnant anymore – it had gone so fast and before the due date – and that, although it hadn’t gone at all the way we had planned it, it was good. In fact, it was so much better than good.

Jennifer Poussin has been a stay-at-home mum since the birth of her son. She is currently finishing her PhD with the Vrije Universiteit, Amsterdam. She and her husband are both French and moved to Amsterdam in 2007, where their son was born in 2014. They are now in the process of moving again. It is a recent and unforeseen decision - this time to Wales!