Adjusting to the Bike: One Mama’s Experience of Getting Back on Two Wheels 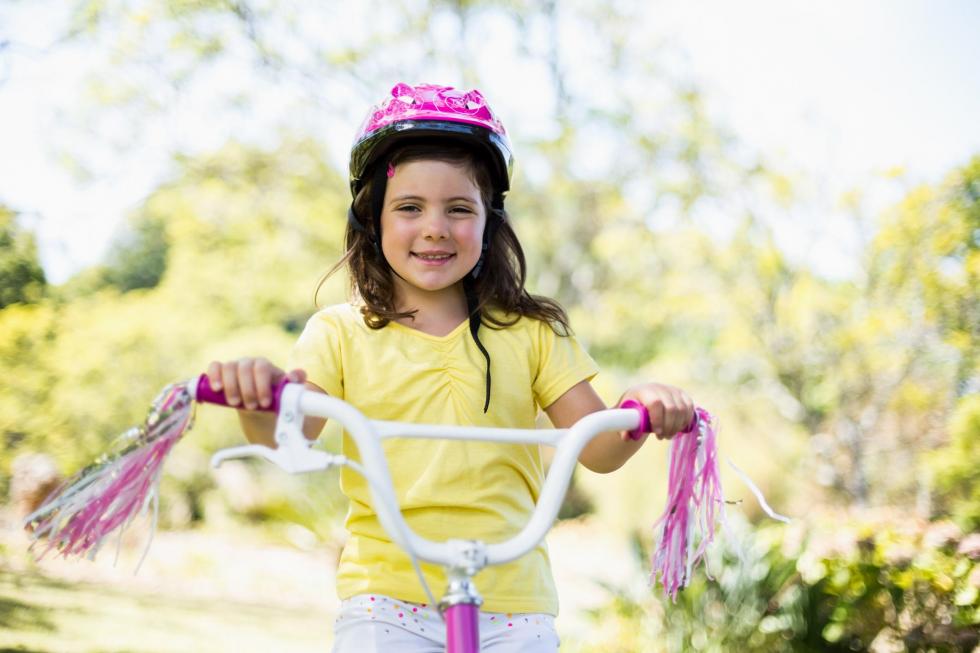 Learning to get back on her bike was an embarrassing experience for one Amsterdam Mama. Here she explains why.

I was 14 when I asked my Dad if I could take the British Cycling Proficiency Test – his answer was a candid no. He told me that it would be better for all concerned if I was never on the road on two wheels. I blame him entirely for what happened later.

Bicycles are a way of life for the Dutch; it is the national mode of transport and so it was inevitable that once I had moved to the Netherlands, I would have to ride a bike. I desperately wanted to fit in with the local culture, and what better way to look the part?

In the UK, it seems to me, cyclists are often kitted out in ultra-revealing, head-to-toe neon Lycra; an aerodynamic helmet; and a smug smile on their face. I think we can agree that this image conjures up very little to be smug about.

The Dutch appear to be ever-so-slightly cooler customers when it comes to the issue of bikes. Bikes are actually more of a lifestyle choice for people here. They see them, not as a weight-management device, but as a means of getting from A to B. They use them to transport groceries, children, sinks, luggage – there is literally nothing that people will not consider transporting on the back/front/side of their bikes.

Back on a Bike

The last time that I rode a bike was when I was nine years old and I am certain that the stabilisers were still on and it had pink ribbons trailing from the handle bars. After three months in the Netherlands, it was time for me to get back on that bike. Well, not actually THAT bike. That would be ridiculous. But even getting on that bike with the stabilisers and the pink ribbons would have been less humiliating than the series of events that followed.

One unsuspecting evening, about 9pm, my friend Eric offered me the chance to ride on his bicycle. Okay, so he didn’t offer, more that I begged and pleaded with him for an hour and then, like a weary parent, he gave in to placate me.

Eric is about 8 inches taller than me, so when I sat on his bike, I couldn’t reach the floor. This should have served as a warning sign to me but, as we all know, after a couple of gin and tonics, Bravado and his friend Stupidity become your allies. The wind was blowing through my hair as the bike smoothly made its way through the cobbled street. There was a canal to the right of me and a quaint row of shops to my left. It was really picturesque – I was living the Amsterdam dream. The sun was setting, the air was mild, and I was gliding like a swan. “Who needed stabilisers?” I merrily thought.

In the distance, I could hear Eric shouting manically for me to stop. He sounded very dramatic, so I did. No longer was the canal to the right of me. To the right of me was the cold, hard pavement. To the left, the sky. I had fallen off. Fast forward – after a few boozy tears, some lost dignity and a cup of chips for the brave soldier (that was me by the way) – I was home in bed. Turns out, I did need stabilisers.

One week passed and my side was still hurting. Common sense forced me to visit a doctor as a colleague had alarmingly pointed out that I might have punctured a lung and could be unwittingly bringing a slow, painful death upon myself. For a hypochondriac, this was like honey to a bear, and despite not being totally sure of her medical expertise, I hot-footed (hot-limped) it to the local doctor. The doctor sent me to get an x-ray.

The x-ray centre was weirdly situated off a junction on the motorway, but when I arrived, I was seen to very quickly so put the location out of my mind. However, due to the location, not everyone spoke English. Cue some major communication issues.

The radiographer came out of his room and called my name. He was pretty easy on the eye to say the least. He was probably about my age at 22 (I was once 22) and extremely tall and tanned with what I could only describe as edible honey-coloured hair. This rib injury was beginning to have its perks.

He ushered me into his room and motioned me to remove my top as he went out of the room to get something. This instruction did not seem strange to me – it was only natural: I had pain in my ribs and so he needed to x-ray the area. So I removed my jacket, tee shirt and bra, without giving it a second thought, and stood in the centre of the x-ray room in just my skinny jeans and Ugg boots.

Doctor Honey-Hair came back in the room holding some forms and upon seeing me and my bare breasts, made a strange face. I’ve seen that reaction before. We both looked at each other for a few moments, him wide-eyed and me blinking naively, wondering when the x-ray was actually going to happen.

In his best English, he tells me that we need to fill out some forms first and the x-ray will come later. So, he wasn’t actually motioning me to take my clothes off, he was motioning me to sit down.

He asks me a few questions. “Do you have a metal plate in your head?” I told him no, but I could see that he was thinking that I probably should get one.

He then asks if I am pregnant. My general reaction to anything remotely uncomfortable is to make jokes. Terrible, badly-timed and largely inappropriate jokes.  So, when he asked me if I was “with child”, I replied with, “Not yet, Doctor” and gave him a wink. A WINK? What was I thinking? What was he thinking?

My breasts and the facts were laid out bare for all to see. I had taken my top off and now I was trying to seduce the Doctor who had started to look a lot younger and more terrified.

I did my best to fill in the remainder of the paperwork in silence.

Surprisingly, post-x-ray mortification, my relationship with bikes has actually blossomed. My desire never to have to visit that x-ray centre of shame again has been an overwhelming motivator for becoming a less terrible – I would never say good – cyclist.

Oh, and the Uggs went in the bin.

Samantha is a 30-something British mother of one, living in Amsterdam with her boyfriend and emotionally-dominant Dachshund. She writes about surviving the first year of parenthood (and beyond!) and her experiences navigating Dutch life as an expat. She works in fashion, so writing is just a passion and a much cheaper alternative to therapy.